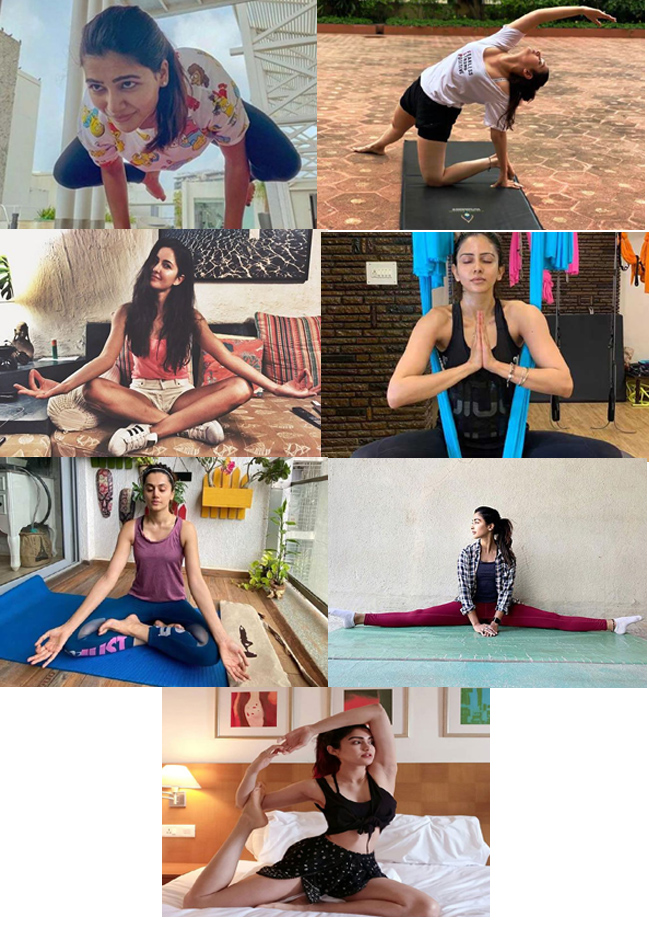 Milky beauty Tamannaah Bhatia has shared a pic of her doing yoga on Instagram recently and captioned the image saying she is spreading positivity to give and accept love. Her toned physique is a killer stuff and her thighs doesn’t get away from the hearts of youth that easily. She was seen wearing black shorts and white t shirt. In this way the actress has shown her commitment towards fitness! Not only Tamannaah but all the other actresses like Rakul Preet Singh, Taapsee, Adah Sharma are just killing it with their yoga prowess in this quarantine time.

Tamannaah is a huge star down south and worked with big stars in both Telugu and Tamil. Her hit films include ‘Ayan’, ‘Happy Days’, ‘100% Love’ and ‘Bahubali’ franchise to name a few. Taapsee and Adah are trying their luck and want to settlebin Bollywood itself! Most recently Rakul has impressed fans with her 30 km cycle ride!

Now Tamannah is acting as a Kabaddi Coach in the film ‘Seetimaar’ starring alongside Gopichand. The movie is directed by Sampath Nandi. The movie needs a lot of endurance and fitness in Tamannaah for which she is actively maintaining diet and has even attended training sessions for the game that she never played. Tamannaah is also working in the film ‘Bole Chudiyan’ alongside Nawazuddin Siddique.