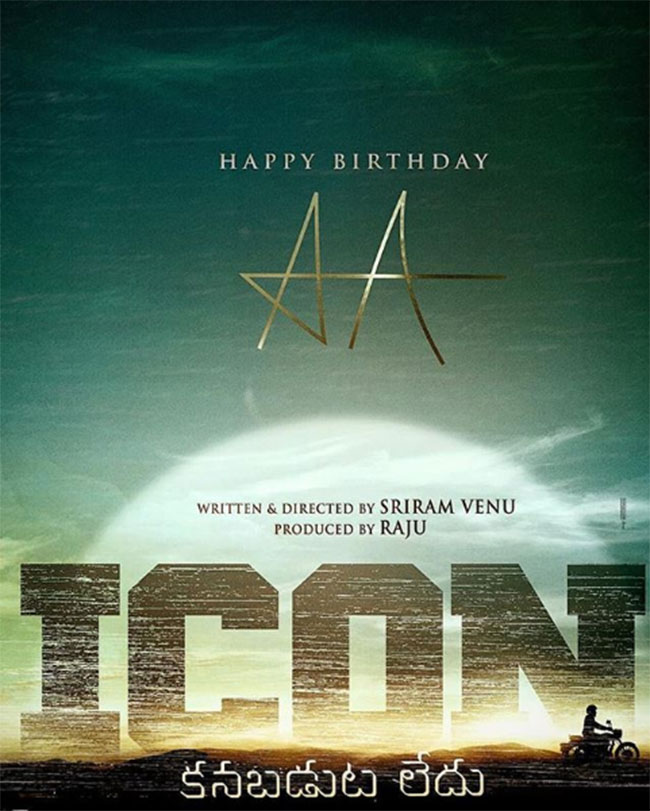 It is evident that the stylish star of Tollywood Allu Arjun has committed for a movie with Dil Raju under the direction of Venu Sriram of ‘MCA’ fame. The film was titled ‘Icon’ and poster was also released about the start of the film.

All of a sudden the film got stalled and Allu Arjun moved on to Trivikram’s film ‘Ala Vaikunta Puram Lo’ while Venu Sriram got busy with Power Star’s ‘Vakeel Saab’.

Earlier there were reports that the movie got stalled as Stylish star moved on yet again for a Sukumar’s film ‘Pushpa’ this time. The latest news from Tollywood sources say that the film is not stalled and it would be started immediately after Sukumar’s film.

It is said that Allu Arjun has delayed this project citing it as an experimental film and felt that after a flop film ‘Na Peru Surya-Na Illu India’ he needed a bounce back film and opted Trivikram’s help.

On the latest as Bunny prefers yet another film, this time a Koratala film one wonders if ICON gets filmed or not! It’s better if Bunny tells his problem to Venu and convinces him to better move on as there are youngsters in film Industry!