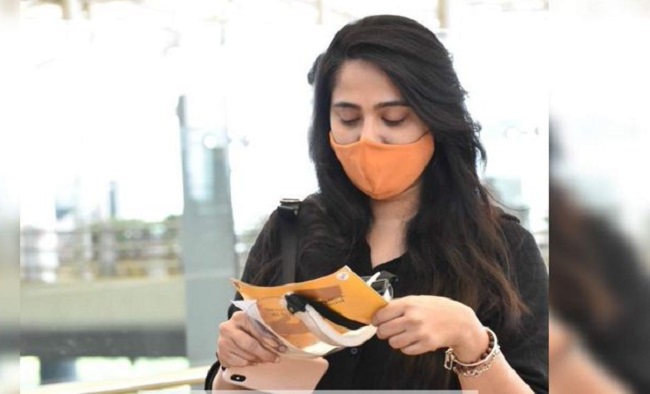 Having made her debut with Super in 2005, South siren Anushka Shetty has made her mark in the industry. She proved her mettle time and time again with her stunningly perfect looks, strong acting skills and arresting screen-presence.

Even after her 15-year career in the film industry, the 39-year-old actress still gives a tough competition to today’s young actresses with her evergreen charm and acting. When it comes to female eccentric films, Sweety is always the top priority for many filmmakers in the industry.

However, Post Baahubali series, the star has reduced her acting assignments. Since BB2 release, she featured in only two films – ‘Baagamathie’ and ‘Nishabdham’. It was heard that the actress has big plans for 2021.

On Tuesday, the Baahubali actress was spotted at Hyderabad airport and was papped for the first time ever since the lockdown was imposed. The gorgeous beauty sported a black top with jeans and shoes and flaunted her no-makeup look.

As she arrived in Hyderabad, her fans are happy that she may begin shooting her upcoming projects. Anushka is yet to announce her next project officially, while reports suggest that already signed two projects, which will go on floors soon.