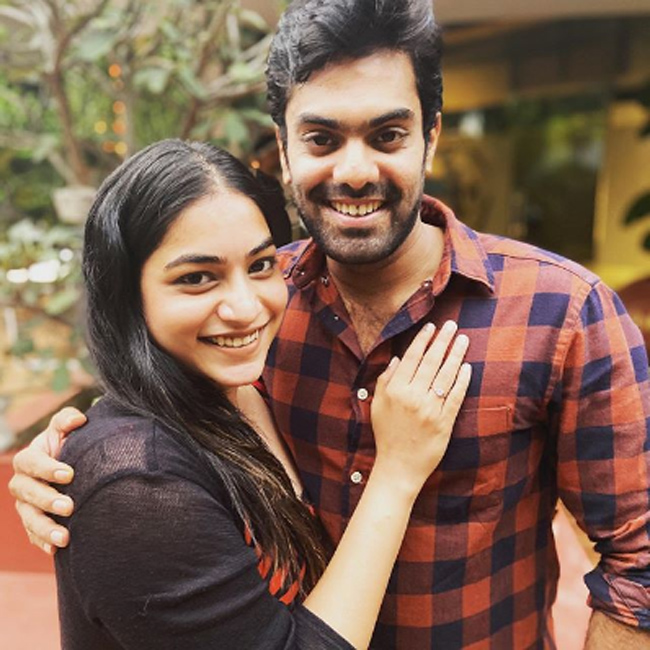 Punarnavi, the Telugu actress had a decent debut with ‘Uyyala Jampala’. The actress has acted in a couple of films then but did not make it big in her career. It was the popular Telugu Reality Show Bigg Boss season 3 that made her popular. Her friendship with Singer Rahul Sipligunj made a big sensation throughout the season.

Punarnavi Bhupalam is enjoying all the attention and on the latest she shared a post like that of an engagement ring and shared the pic if Udbhav Raghunandan, a You Tuber who got fame with his Chicago Subba Rao channel.

He also announced that something big is waiting for tomorrow and shared a post saying she said yes finally, hinting at marriage with Punarnavi.

All the movie lovers and trend followers doubted it is just another promotion of a film/Web Series and there is nothing much with this in store!

It remains to be seen if this promotional plan is for a web film Permanent Roommates of Pavan Sadhineni or anything other than it!