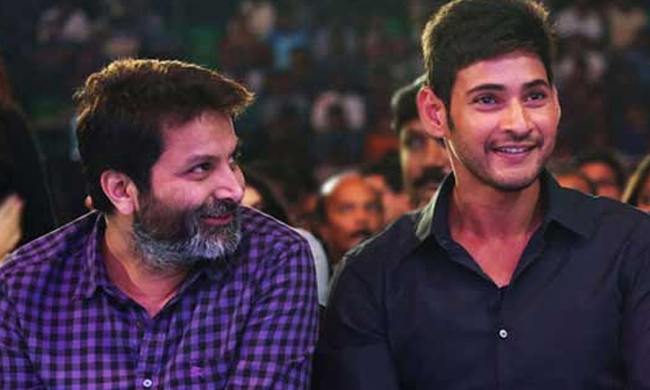 Superstar Mahesh Babu and star writer-director Trivikram Srinivas worked together two times before. Though ‘Athadu’ and ‘Khaleja’ weren’t big hits, they ended up being the most memorable films of their careers and became fan favorites. These two films garner huge TRPs whenever they are telecasted. Their third-time collaboration has been on the cards from a long time but their commitments are not making it happen.

As we know, Mahesh Babu accepted a film titled ‘Sarkaru Vaari Paata’ under the direction of ‘Geetha Govindham’ fame Parasuram. The film’s shooting is yet to begin. There are reports that he will team up with Rajamouli after completing Parasuram’s project.

On the other hand, Trivikram is working on the script of his next film with NTR. This film will start as soon as NTR wraps up the shooting of ‘RRR’ with Rajamouli. The latest news we hear is that Mahesh and Trivikram may collaborate in the coming few months. There is no official confirmation but since Mahesh wants to wrap up ‘Sarkaru Vaari Paata’ quickly and is trying to make another film before he teams up with Rajamouli, Trivikram’s name came up.

Trivikram can start NTR’s project only if Rajamouli finishes ‘RRR’ which may take a long time. In the meanwhile, he is planning to make another film and all these circumstances are leading to the prospect of the Mahesh-Trivikram combo happening for the third time. We need to see if it happens or not.