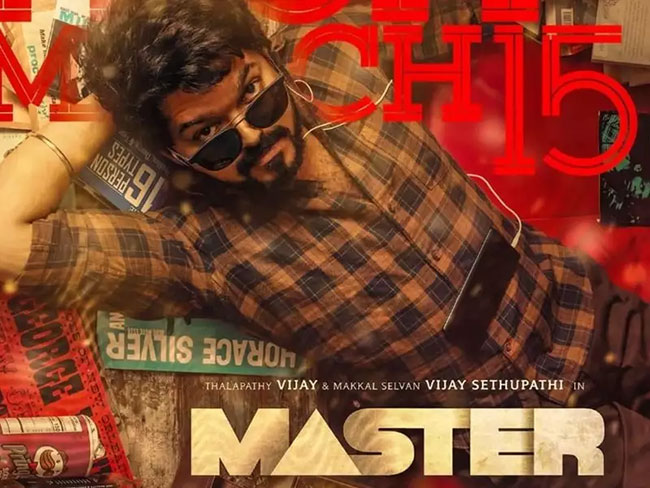 If a film gets postponed for months together, the team usually lets out some promotional stuff every now and then in order to keep the buzz alive. Rajamouli is an expert in doing such things as his films spend years in the making. But it looks like the team of Tamil star hero Vijay’s ‘Master’ have ignored the film completely.

The film was made ready for release in April but the lockdown disrupted their plans. Except for the film’s songs, the team neither released a teaser nor a trailer. Vijay is focusing on his next film with Murugadoss while director Lokesh Kanagaraj has already announced his upcoming project with Kamal Hassan. No one is talking about ‘Master’ in Tamil or Telugu.

Since it is a Vijay film, his fans and the Tamil audience will flood into the theatres when they announce a release date. Vijay’s stardom can pull it off even without promotions but the situation is different in Telugu. Vijay is slowly creating a decent market for himself with recent hits like ‘Adirindhi’, ‘Sarkar’ and ‘Whistle’. The Tamil star hoped to take his Telugu market to the next level with ‘Master’ but the lockdown is working against this film. People who bought the Telugu rights of this film also seems to have lost interest in it.