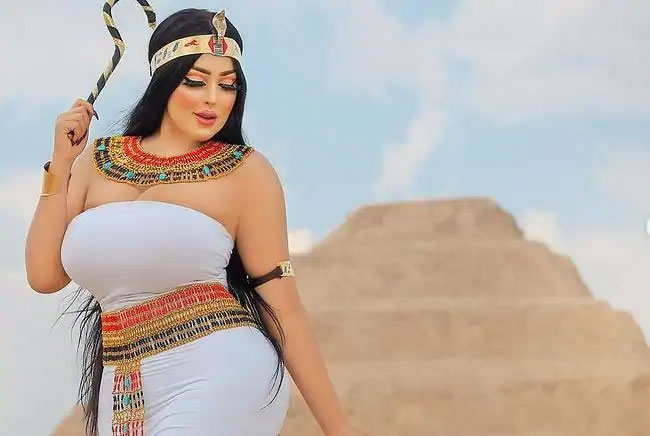 Egyptian fashion model and dancer, Salma al-Shimi, who is known for spicing up the digital space with her bold and stunning pictures, has been arrested allegedly for disrespect. As per reports, the Egyptian police have detained the photographer after he snapped pictures of the fashion model in an ancient costume at a pyramid site outside Cairo. Salma al-Shimi was also arrested later as well. They have been held for a private shoot in the archaeological zone and the case had been referred to the courts.

The model posted pictures and a video from her shoot on her Instagram a few days ago. The controversy began as the photoshoot was done in an ancient outfit at the foot of the 4,700-year-old Pyramid of Djoser. Reports say that Salma was disrespectful as her costume was not according to Egypt’s ancient heritage.