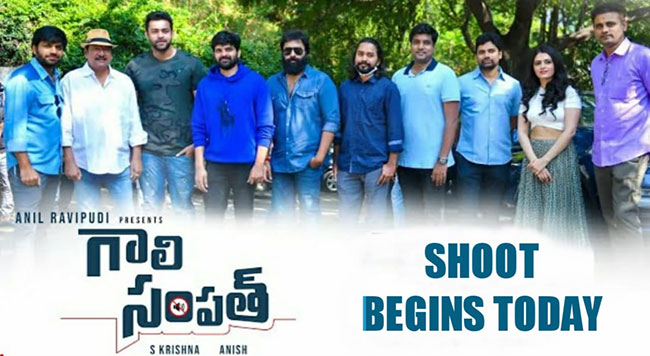 Actor Sree Vishnu who earned a name for himself with interesting films like ‘Appatlo Okadundevaadu’, ‘Mental Madhilo’ and ‘Brochevaarevaru Ra’ has recently announced his next film. He is going to work on a new film titled ‘Gaali Sampath’ and the concept poster garnered positive buzz.

The makers announced that ‘Gaali Sampath’ officially begins today with a picture taken during the pooja ceremony. The film is expected to release next year and senior actor Rajendra Prasad is going to play a key role in this movie.

This entertainer is produced under ‘Shine Screens’ banner and presented by Anil Ravipudi. The successful director even gave the story to this film. With the shoot beginning today, the team is looking forward to finishing this project as planned and impress the audience.