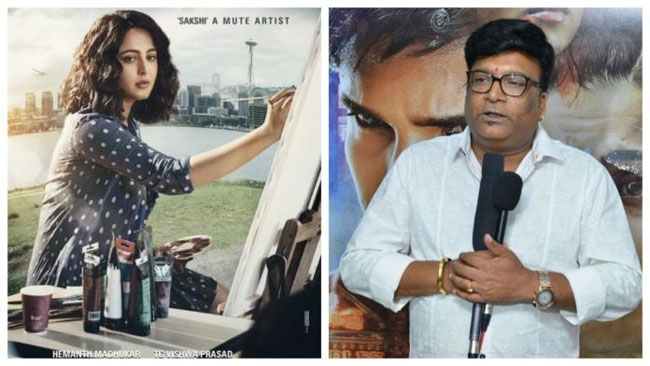 Star heroine Anushka Shetty’s mystery thriller ‘Nishabdham’ waited a long time before finding a right release date but the team’s plans went awry due to the Corona pandemic. The film’s producer Kona Venkat recently ran a poll which made the film’s future very clear to everyone.

He asked people about their opinion of having an online for ‘Nishabdham’ and most of Anushka’s fans, as well as Kona Venkat’s followers, favored the OTT release. It is known that the makers have already made a deal with a popular streaming service and the announcement of the release date is awaited.

Though the team waited for the reopening of the theatres, they sided with reality and opted for an OTT release. Anushka Shetty was not into the idea of having an OTT release but realizing that costs and logistics involved, she agreed to this proposal. ‘Nishabdham’ was mostly shot in America and had an interesting cast include Anushka, Madhavan, Anjali, Shalini Pandey, Subbaraj, Avasarala and Michael Madsen. Gopi Sundar is composing music for this mystery thriller where Anushka will play the role of a mute girl.