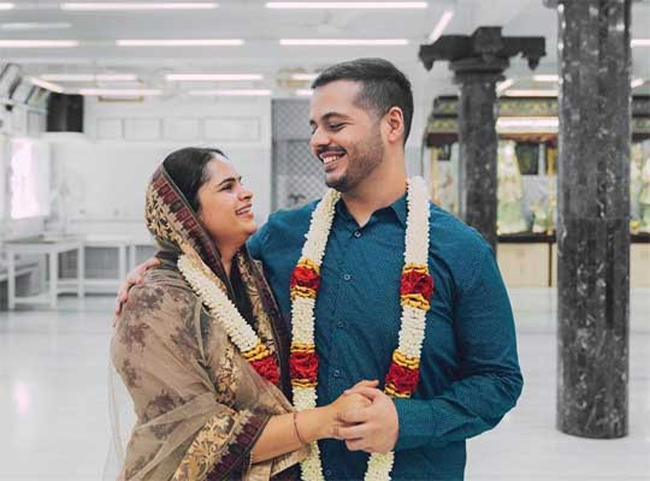 The lockdown has helped our film celebrities to focus more on their personal lives. Apart from planning their careers, most of them got to take the next step in their personal matters too. While some focused on their fitness, others got engaged and some even got married. Actress Vidyllekha Raman is one such celebrity who focused on reducing weight and she even got engaged now.

Vidyullekha is known for her comedic roles in Telugu and Tamil. She is the daughter of Tamil small screen artist Mohan Raman. The actress who ticked our funny bones in films like ‘Run Raja Run’, ‘Sarrainodu’, ‘Venky Mama’ and many other films shocked everyone by losing oodles of weight during the lockdown period. She was reportedly in love with a fitness and nutrition expert named Sanjay and they both are engaged now.

Vidyullekha herself clarified all the rumors by making it clear that she got engaged to Sanjay on August 26th in front of her close family members. She said that the marriage will in November or December as the date hasn’t been decided yet. Despite being a Tamilian, Vidyullekha impressed the Telugu audience with her funny antics and timing. She is a regular in most of Telugu films playing the role of the heroine’s friend and many others.