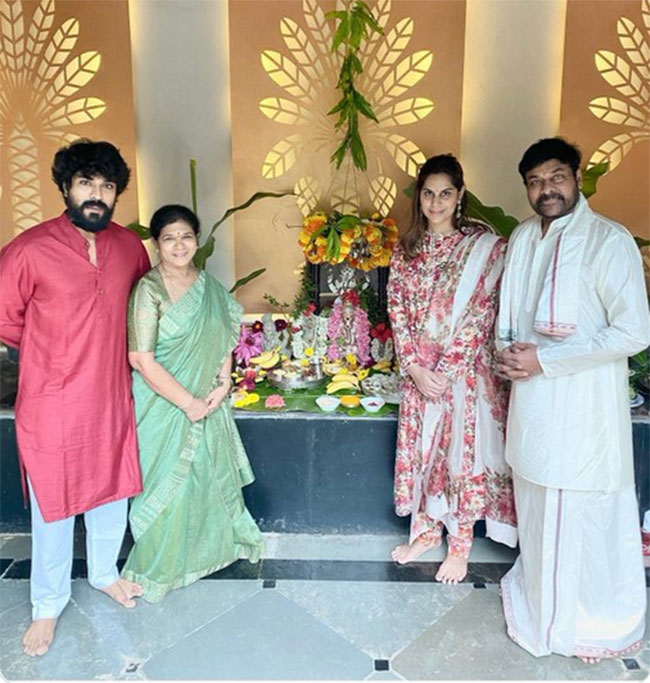 The Corona pandemic has stalled the shootings of almost all the films in Tollywood. It also stopped the mass celebrations of birthdays of stars and even festivals!

On the latest, Mega Power Star Ram Charan has posted a pic of his family worshipping Lord Ganesh. He also wished his father a happy birthday in the post. In the other pic Ram Charan and his wife Upasana were seen offering flowers to the Lord.

Even Allu Arjun wished his fans a happy Vinayaka Chavithi by posting a family pic, all of them were seen in the ethnic wear marking the celebrations if the festival.

On the film front, Megastar is buy with ‘Aacharya’ that also stars Ram Charan in a pivotal role and Kajal Aggarwal as the leading lady. The movie is directed by Koratala Siva and is produced by Ram Charan’s Konidela Productions and Matinee Entertainments Pvt. Ltd.

On the other side Ram Charan and Bunny are busy with RRR and Pushpa respectively.