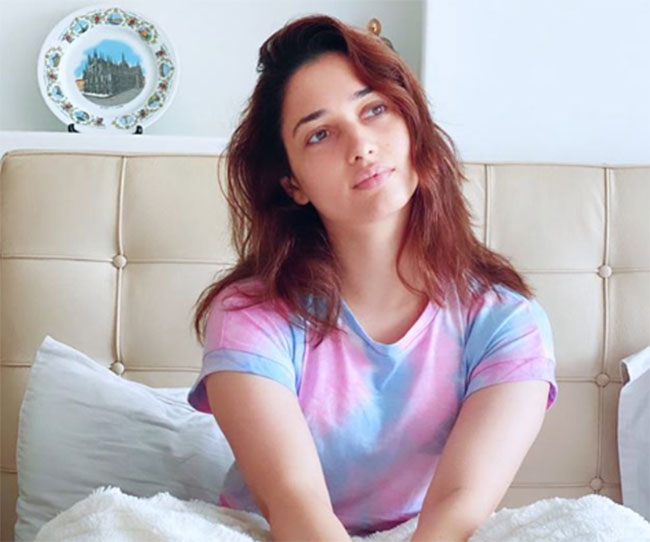 It is raining web series and online films in the entertainment industry now. All the film stars who used to entertain us on the big screen are getting ready to mesmerize us by coming into PCs and smartphones these days. Many actresses entered the OTT world already. We’ve heard the news of Kajal doing a horror-based web-series in Tamil recently and now it’s the turn of milky beauty Tamanna.

The ‘Racha’ heroine already agreed to host a celebrity talk show for ‘Aha’ and sources say that she is getting ready with another interesting web series which is going to be released in multiple languages. While the T-series company is releasing the Hindi version of this web-series, it will be UV Creations who will be bringing it to us.

As per rumours, Tamanna was the first option as the heroine for ‘Radhe Shyam’. She was even paid the full amount by the UV Creations but Prabhas’ craze grew immensely after ‘Baahubali’ and Tamanna started to work with senior heroes at the same time. This forced the producers and director to look for a happening heroine and sources say that it is when Pooja Hegde came on board.