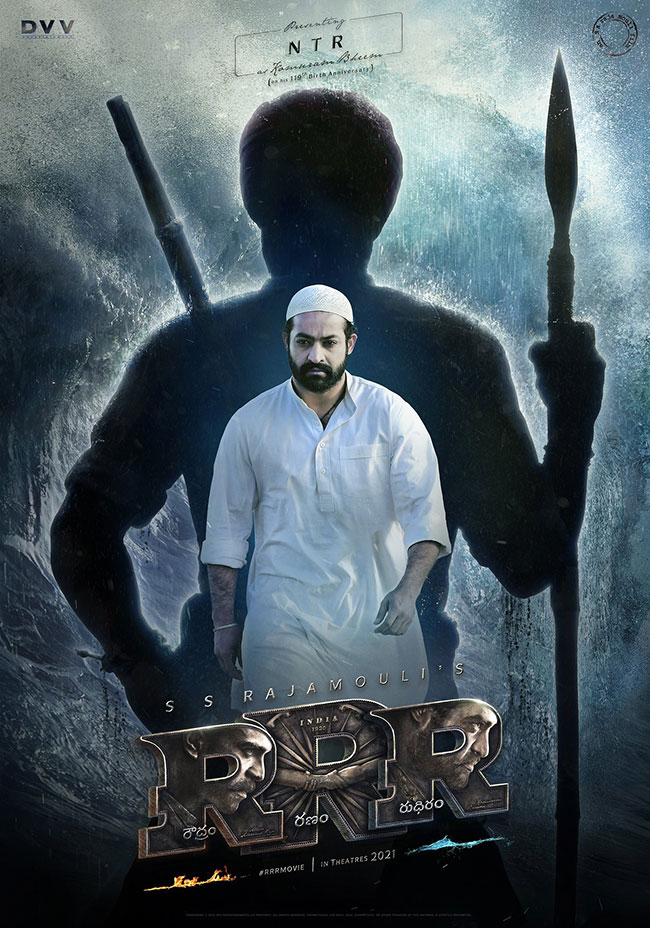 The character introduction of NTR as Komaram Bheem in Rajamouli’s gigantic film ‘RRR’ has created a storm. It is raking up millions of views on social media and fans are going gaga over Rajamouli’s presentation of NTR. At the same time, it sparked controversy too.

At the end of the video, we can see NTR changing his avatar and wearing a skull cap thereby looking like a Muslim. Some people got triggered by this and are complaining that Bheem always fought against Razakars and sporting a Muslim attire is disrespectful to the great personality.

Secularists are quick to jump in and defend the film and hero wearing a skull-cap. All in all, the teaser is definitely creating ripples across the industry. We don’t know what Rajamouli planned and he already made it clear that it is a work of fiction. All we have to do is to wait till the movie releases and watch the film before jumping to any kind of conclusions.

Ram Charan will be seen as Alluri Seetharamaraju in ‘RRR’ while Alia Bhatt and Olivia Morris are the female leads. DVV Danayya is producing this flick in which Ajay Devgn is playing a crucial role.