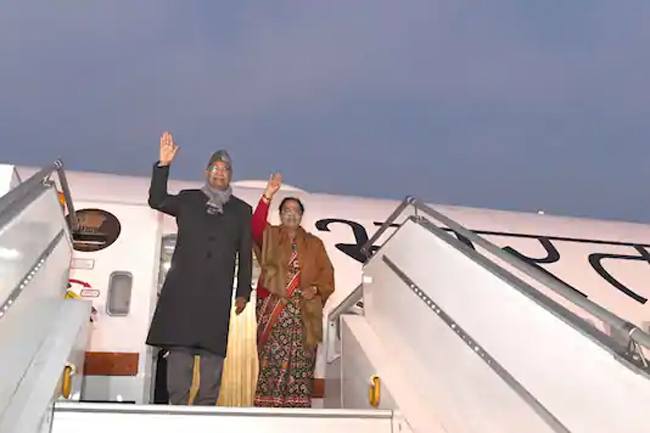 The Honorable President of India Ram Nath, who will be visiting Tirupati to offer his prayers to Lord Venkateswara has boarded the Air India One- B777 aircraft for the inaugural flight to Chennai.

The official Twitter account of Rashtrapati Bhavan said the President boarded the Air India One- B777 aircraft. The first lady of India Savita Kovind accompanied him.

According to the statement issued by Rashtrapati Bhavan, this is the first flight of the Air India One-B777 aircraft with the head of State on board, which has a longer range than B747-400.

The Rashtrapati Bhavan in its tweet said that the Honorable President commended the pilots, crew members, and the members of Air India for operating the state-of-the-art aircraft.

‘The President commends the pilots, crew members and the entire team of @airindiain and @IAF_MCC for operating the state-of-the-art aircrafts and facilitating VVIP movements within India and on state visits abroad,’ the tweet read.