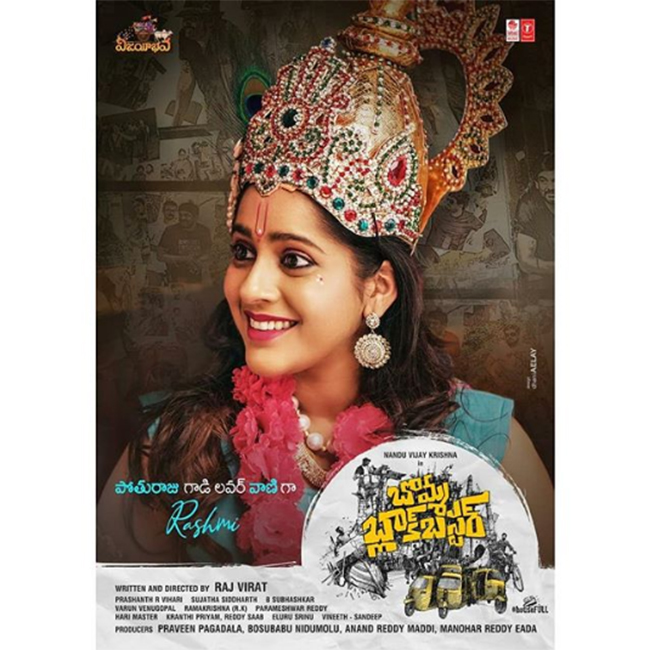 Popular small screen anchor Rashmi Gautham has a lot of fans thanks to her glamour. Apart from hosting various shows, Rashmi is also known for her bold roles in films like ‘Guntur Talkies’. ‘Anthaku Minchi’ and others.

Rashmi is all set to impress us with her upcoming film ‘Bomma Blockbuster’. Her look in the film was revealed recently and she looks absolutely beautiful. She is dressed as lord Krishna in this click with a crown and a garland. She has been introduced in the poster as Pothuraju’s girlfriend Vaani. The film’s protagonist Nandu’s look was revealed recently and Rashmi’s look too is interesting.

Written and directed by Raj Virat, ‘Bomma Blockbuster’ is gathering a good buzz around itself. We will get a clear idea of how the film is going to be after the teaser or trailer releases.