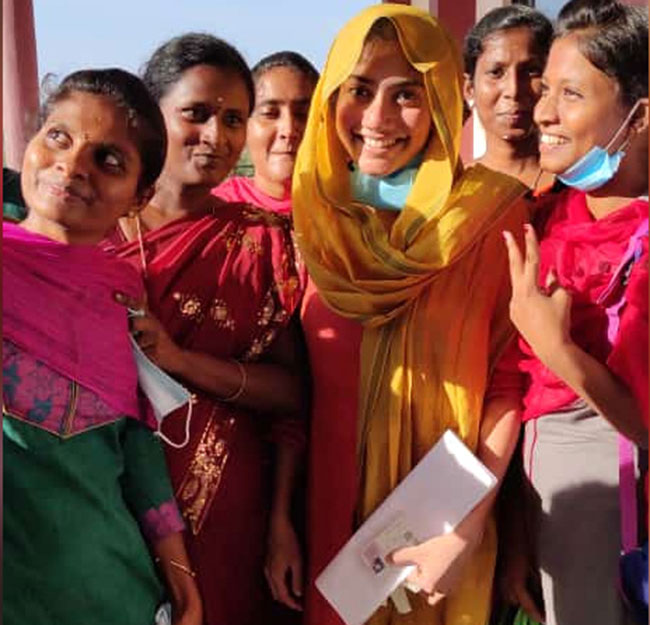 The ‘Fidaa’ girl Sai Pallavi is really a rare piece as per her dialogue in ‘Fidaa’. She has become a star heroine with that one magical hit by Sekhar Kammula and has become busy in both Kollywood and Tollywood.

Sai Pallavi is now acting two films in Tollywood the first project is titled ‘Virata Parvam’ directed by Venu Udugula of ‘Needhi Naadhi Okey Katha’ fame. The film is a revolutionary love story set in the backdrop of Naxalism in which Rana and Nanditha Das are playing pivotal roles. Her second project is ‘Love Story’ with Naga Chaitanya under the direction of her favourite Sekhar Kammula. In this pure love story film Sai Pallavi is playing the role of College girl.

Now the actress made news as she appeared for the FMGE (Foreign Medical Graduate Examination) Exam in order to get her medical practitioner license as she studied medicine abroad. She has written the exam in Kerala and the pics with her fans at the examination are just spamming the social media. Sai Pallavi has come a long way from a small tribal family in Tamil Nadu to a well read actress!