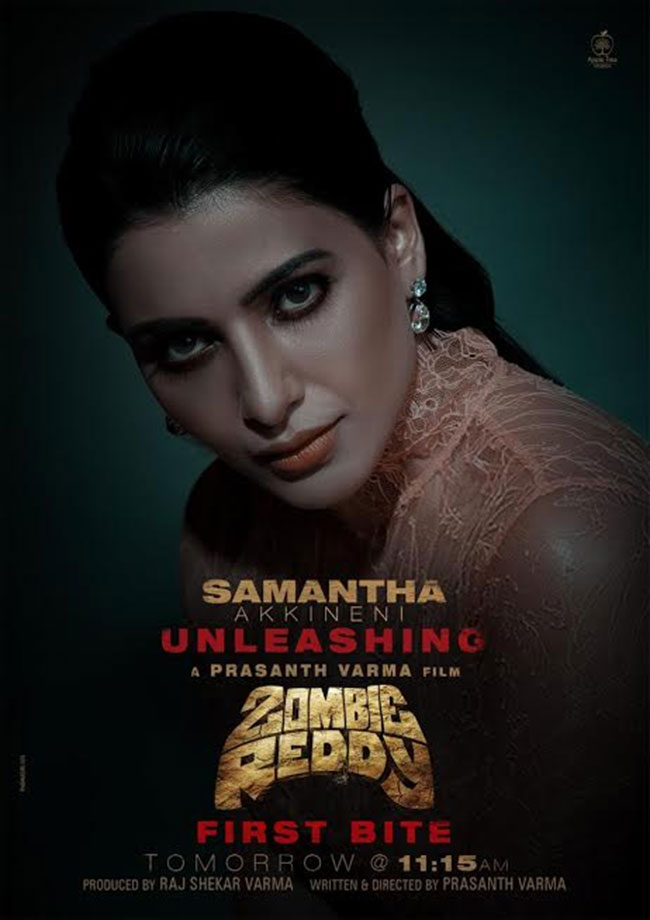 The team of ‘Zombie Reddy’ announced that the ‘First Bite’ of this flick will be revealed on 5th December. Directed by Prasanth Varma, Teja Sajja is going to play the main lead in this zombie flick. News is that star actress Samantha Akkineni will be unleashing the first bite of ‘Zombie Reddy’ tomorrow at 11:15 AM. Incidentally, Teja Sajja played the role of Sam’s grandson in ‘Oh! Baby’.

Sam releasing the first bite is definitely generate a lot of buzz over this film which gained a good response for its motion posters and first look. The teaser is going to give a glimpse of what Prasanth readied for his third film. Anandi and Daksha are the heroines in this unique film produced under Apple Tree Studios. ‘Zombie Reddy’ is expected to be released in theatres.