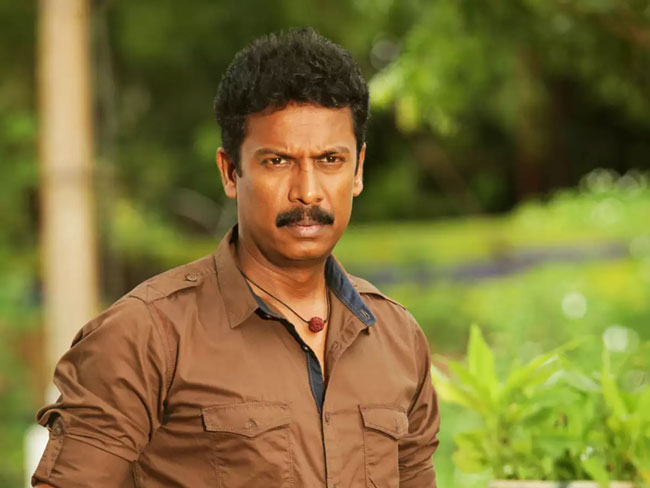 Exciting project ‘Pushpa’ is getting bigger with each passing day. The makers recently revealed that Malayalam star hero Fahad Fazil is going to play a negative role in this film. Allu Arjun will be seen playing the role of Pushparaj, who will be seen as a lorry driver in this rustic rural drama which is based on red sanders smuggling.

Bollywood beauty Urvashi Rautela is doing a special song in this film while Kannada beauty Rashmika Mandanna is the female lead. Apparently, she is playing the most challenging role in her career. Directed by star filmmaker Sukumar, ‘Pushpa’ is aiming for a pan-Indian success and they are bringing big actors from all over.

Earlier, they planned to cast Vijay Sethupathi in a special role but he backed out. Now, National award-winning actor Samuthirakani has been roped in to play the Sub-Inspector role in this big-budget film. Samuthirakani is the happening actor in Tollywood right now after his stunning performances in films like ‘Krack’ and ‘Ala Vaikunthapuramlo’. As we know, Devi Sri Prasad is composing the music for this flick which is being bankrolled by Mythri Movie Makers.