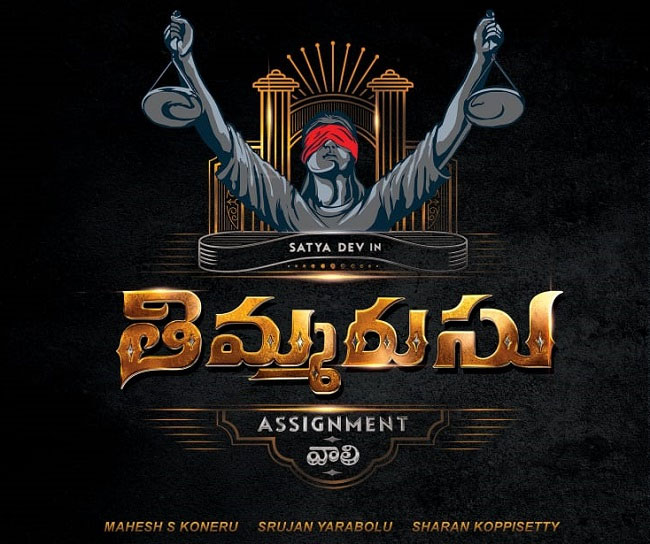 Young Actor Satyadev, who emerged as a solo hero from being a side character artist, debuted to the silver screen as a character artist with Prabhas’ ‘Mr Perfect’, and proved his worth by giving his best performance in every single opportunity he got.

The young actor was last seen in Uma Maheswara Ugra Roopasya which was released on the OTT platform and garnered positive response from the critics and audience alike.

Now, Satya Dev is all set to start his next project titled, ‘Thimmarusu’. Produced by Mahesh S Koneru & Srujan Yarabolu. Directed by Sharan Koppisetty. More details about the project will be out soon. The movie unit is planning to start the shooting soon and the pre-production works are under progress.

“Happy to announce our next with @ActorSatyaDev in association with @SOriginals1 – #Thimmarusu – A cool dude with a big heart and the courage to fight for what is right! The shoot will commence soon,” tweeted Vamsi Kaka.