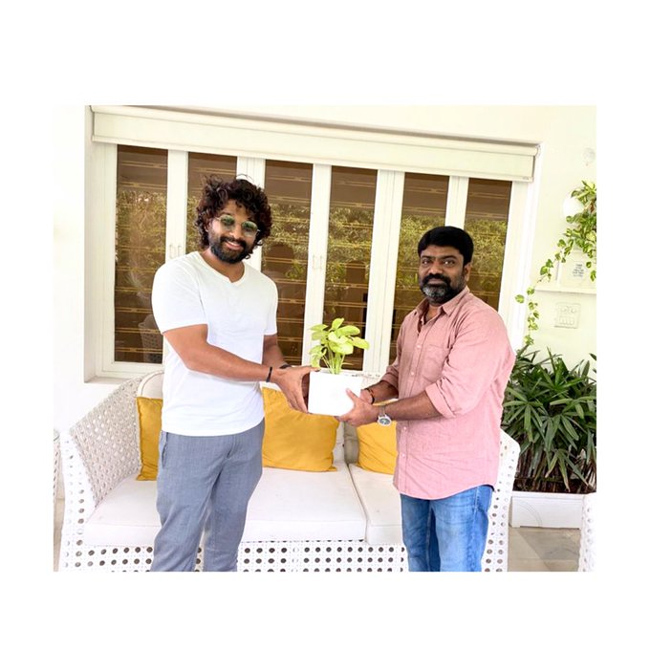 It is evident that the small film ‘Palasa 1978’ was hugely appreciated for its content and many film lovers appreciated the efforts of debutante Director Karuna Kumar for this bold societal drama. The film starred Rakshith as a debut actor who excelled in his performance and got good recognition in Tollywood.

Now Stylish Star Allu Arjun has appreciated the Director Karuna Kumar by giving a sapling and said that he is glad to see such good directors and actors coming up in Tollywood in his tweet. The fans of Allu Arjun are appreciating the selfless love of Arjun towards Cinema.

Special mention is the film’s music which is now popular after a gap from the release date only due to one man-Durga Rao who danced to the song on Tik Tok and became a overnight sensation.

Recently Raghu Kunche, the composer and singer of the song invited them to his studio and felicitated them for making his song a sensation!