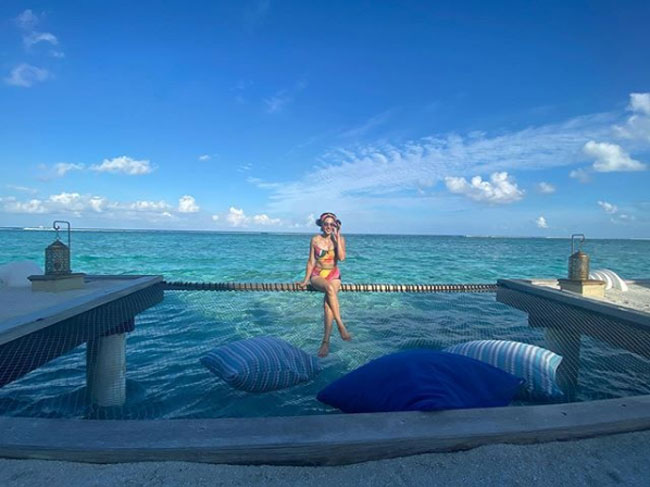 Bollywood actress Taapsee Pannu, who is enjoying her vacation in the Maldives, has been sharing more stunning pictures and the Thappad actor is having a blast with her girl gang.

The 33-year-old actress set the social media on fire as she shared a picture of herself in a picturesque bikini, sitting on the edge of the net with the vast blue ocean in the background. The actress looks striking in a multi-coloured bikini and sported cool pair of sunglasses.

In this photo, we can see the ‘Pink’ actress posing on the on an exotic beach. The post was captioned as, “When we take the idea of ‘Rise and Shine’ literally! : our newly discovered director on board @shagun_pannu #Maldives #Vacation #HappySky.”

We can notice the picture is clicked by her sister Shagun Pannu, who has accompanied the actress along with their cousin.