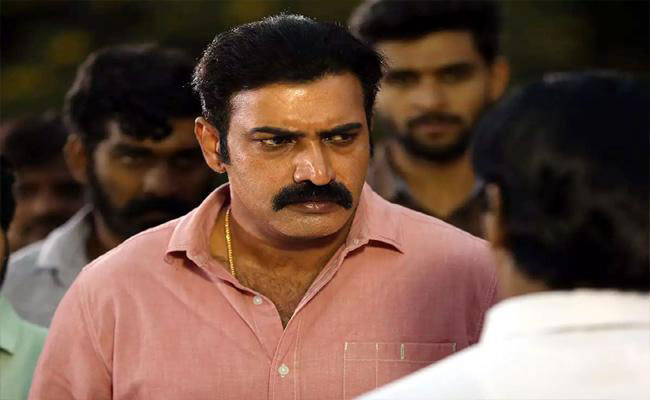 Nandamuri Tarak Ratna who took a brief gap is back this time with ‘Devineni’. This biopic of politician Devineni Nehru who is an influential figure in Vijayawada politics is being directed by Sivanagu. The first look and motion poster of this flick has been released by Jeevitha Rajasekhar and producer Damodar Prasad. JSR and Ramu Rathod jointly produced this movie.

Speaking about this film, Damodar Prasad said that Tarak Ratna is a fantastic actor and hopes that he gets a big break with this film. Director Sivanagu said that a lot of films came out which were based on Vijayawada politics but this one is different. He added that they showed a lot of facts in this film including Vangaveeti Ranga’s death. Suresh Kondeti played the role of Ranga while T Prasanna Kumar will be seen as Chalasani Venkata Ratnam.

The release date of ‘Devineni’ is yet to be announced. Koti is composing the music and first look shows a lion in the background along with Tarak giving a very aggressive look.