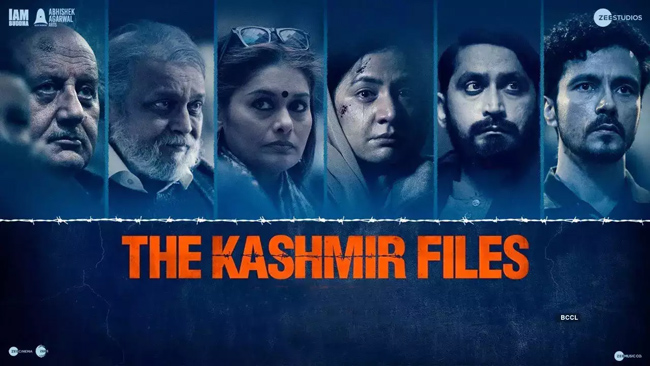 There is nothing bigger than content. No matter how big a star is, the film will not run if there is no proper story or screenplay. If the movie has good content and relatable emotions, it is destined to become a good success. ‘The Kasmir Files’ is being promoted by the makers as well as the right-wing political groups. Despite all the political agenda, the movie has great content and the hard-hitting facts presented about Kashmiri Pundits is touching the hearts of everyone.

After a slow start, the film is getting good reception from the audience. It released on March 11th and it is still going strong at the box office. On its eighth day in theatres across Hyderabad, ‘The Kashmir Files’ is having 230 shows and there is a big chance that it may get increased to 300 shows during the weekend.

On the other hand, star hero Akshay Kumar’s ‘Bachchan Pandey’ is arriving this Friday and there are good expectations on this movie. But sources claim that it will only be getting 150 shows in Hyderabad on the release date. The film has an appealing star cast including Akshay, Kriti Sanon, Jacqueline Fernandes, Arshad Warsi and many others.

It is the remake of ‘Gaddalakonda Ganesh’ and it is releasing under expectations but it is ‘The Kashmir Files’ which is getting more love from the audience right now. This is an example of what happens when people connect with the content in the film.

Based on the first-ever true story of the Kashmir Genocide, ‘The Kashmir Files’ is a joint production venture of Abhishek Agarwal Arts and Zee Studios. The intense, gut-wrenching and brutally honest narrative are the biggest strengths of this movie. Vivek Agnihotri directed this film while seasoned actors like Anupam Kher, Pallavi Joshi, Mithun Chakraborthy and others played the main roles.