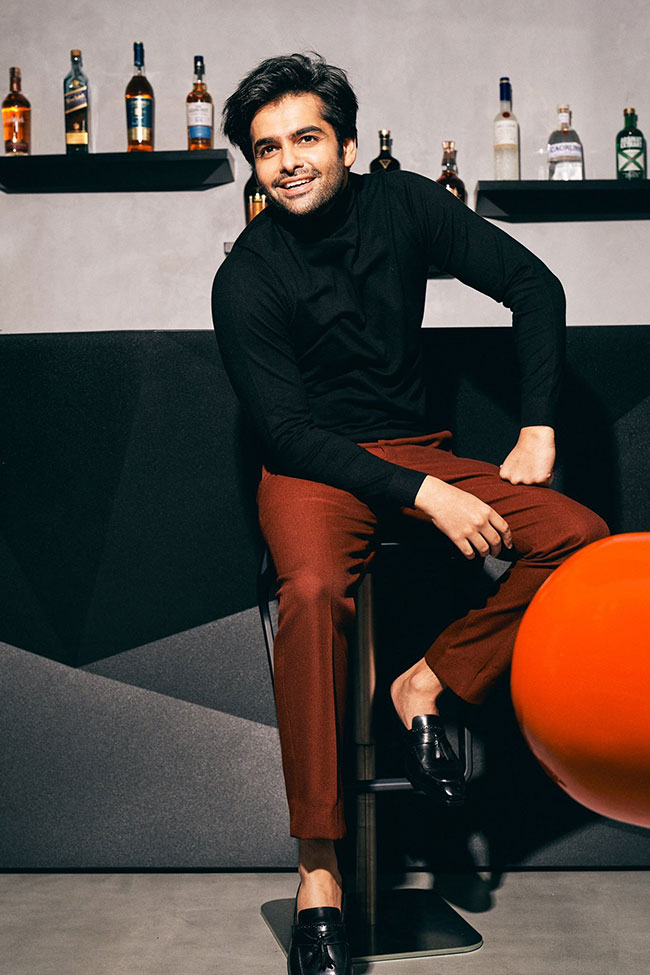 It seems like Mahesh Babu and Ram Pothineni has hidden an age-reversal potion in their homes. While Mahesh looks like he is just in his early thirties despite being around 45, the 32-year-old Ram looks as if he just crossed his teens.

Just take a look at the recent picture from Ram Pothineni! He is completely refreshing and vibrant with that killer smile that is sure to make the girls swoon over him. He seems to have trimmed down his thick beard which he developed for ‘Ismart Shankar’ and ‘RED’ which makes him look like a handsome lover boy.

Apart from his dapper looks, the thing which is attracting the audience the most is the liquor bottles behind him. While some may criticize him, his fans are mesmerized by his dashing looks.