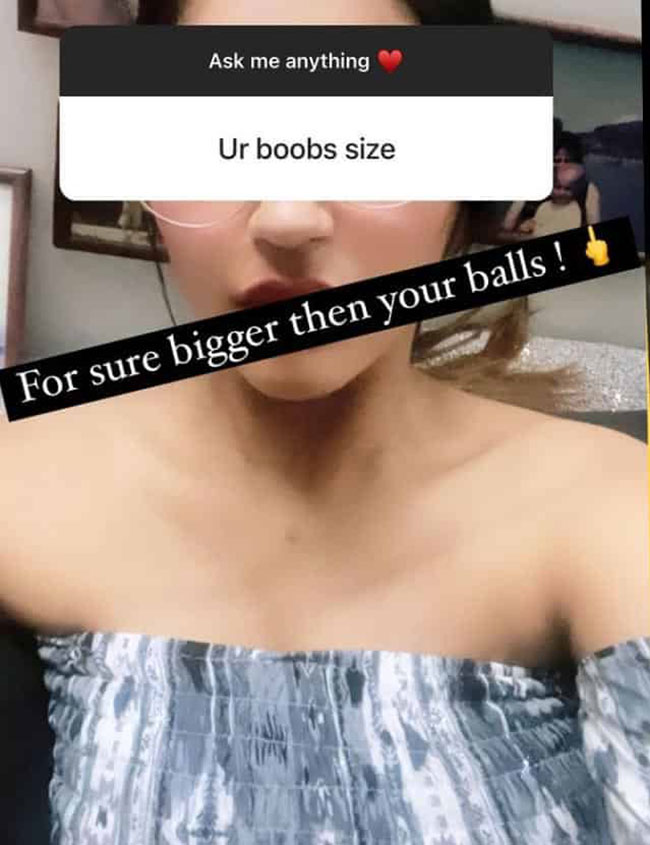 Actress Yashika Aannand who is known to the Telugu audience for her acting in ‘NOTA’ alongside Vijay Devarakonda. As the film failed at the box-office, she did not get many offers in Tollywood but the beauty is quite active in Kollywood with a couple of interesting projects. She recently had an online interaction with fans through Instagram.

An abuser asked about her “b**bs size” and she gave a fitting reply to such a worthless guy. She posted a photo sharing the question and replied by answering, “for sure bigger than your balls.”

Her savage reply has won the appreciation of many people as they state that she taught him a perfect lesson through her bold reply. Not just Yashika but a lot of female celebrities face such online hate and vulgar comments. It is high time people need to put an end to such online abuse.