According to a recent report by a cloud computing firm Akamai Technologies, the average internet speed in India is likely to increase by over 40% to 1.8 Mbps in the next 12 months on the back of investments in high-speed fibre network and affordable data plans. The global average connection speed in the first quarter of 2013 was 3.1 Mbps while India witnessed an average connection speed of 1.3 Mbps during the same period. 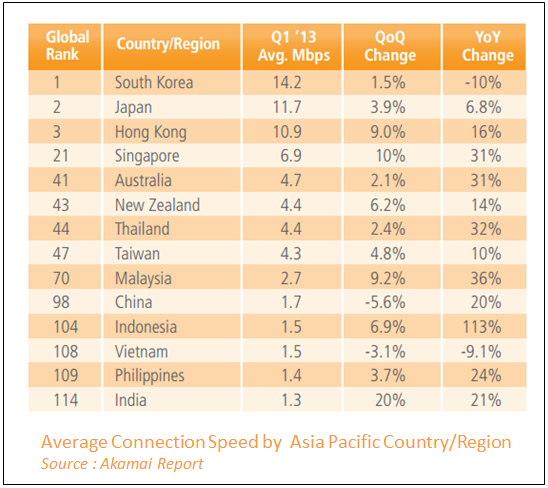