Pooja Hegde is an Indian model and film actress who appears mainly in Telugu and Hindi films. A former beauty pageant contestant, she was crowned as the second runner-up at the Miss Universe India 2010 competition, before going on to make her acting debut in Mysskin’s Tamil superhero film Mugamoodi (2012). She then featured in the Telugu films Oka Laila Kosam and Mukunda (2014), while signing on to feature as the lead actress in Ashutosh Gowariker’s Mohenjo Daro (2016) along with Hrithik Roshan.

In July 2014, Hegde agreed terms to make her Bollywood debut opposite Hrithik Roshan in Ashutosh Gowariker’s period film Mohenjo Daro, set against the backdrop of the Indus Valley civilisation. She was selected after Gowariker’s wife had spotted her in an advertisement and called her to audition, which she successfully completed. As a result of her commitment to the film, she revealed that she would take a break from appearing in regional Indian movies until her Hindi film’s release and rejected an opportunity to work in a film directed by Mani Ratnam. 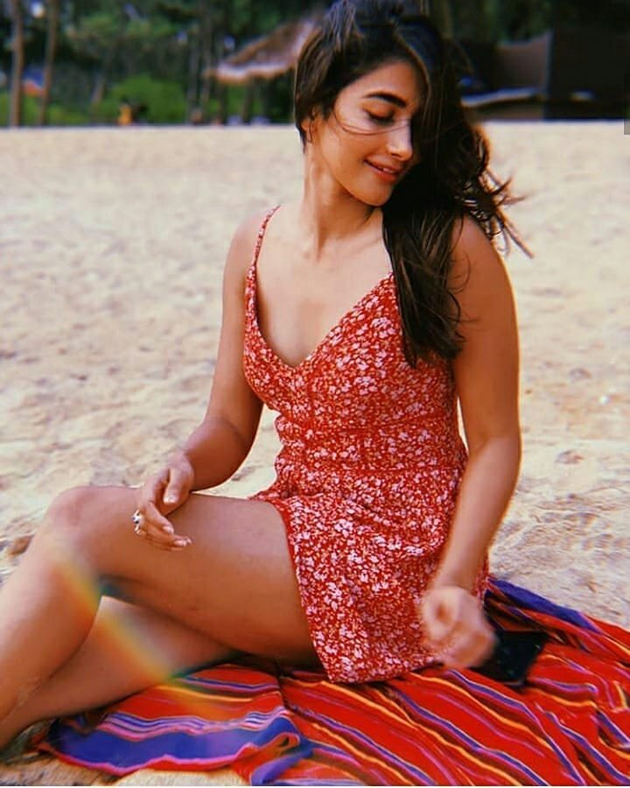 Mohenjo Daro released in 2016 was a major box office flop.The film was panned by critics.

In 2017 she appeared in Duvvada Jagannadham a Telugu film by Allu Arjun.

In 2018, she appeared in an item number in the film Rangasthalam in the song “Jigelu Rani”. Then in Saakshyam, a Telugu film opposite Bellamkonda Sreenivas and Aravinda Sametha Veera Raghava, a Telugu action film directed by Trivikram Srinivas opposite Jr. NTR.

In 2019, she appeared in Maharshi, a Telugu action film, directed by Vamsi Paidipally opposite Mahesh Babu. It received mixed reviews on release. Her next release was Gaddalakonda Ganesh, a Telugu action-thriller film directed by Harish Shankar. Remake of the 2014 Tamil film Jigarthanda, featured Varun Tej and Atharvaa along with her.