Former Miss World (2000) and Bollywood actress Priyanka Chopra has achieved a feat no Indian actress has done in the past. The 30-year-old model-turned-actress has been signed by international fashion brand ‘Guess’ for its Holiday 2013 campaign, and in doing so she has become the first Indian Guess girl.

Priyanka Chopra tweeted: “I’m so proud to be the next #GuessGirl.It’s a legacy of beauty for 30 years..Thank u @bryanadams and @GUESS for making this such a fab shoot.”

Priyanka Choppra was dressed in Guess’ signature hair, cat eyeliner and sexy clothes in a Mediterranean villa. The photo shoot was orchestrated by singer-photographer Bryan Adams.

According to reports, Priyanka Chopra was selected by Guess President Paul Marciano.

Meanwhile, Priyanka Chopra, who seems to be super excited for the ad campaign is thanking one and all on Twitter. She said: “thank u @guess bryanadams #PaulMarciano and everyone who made this possible..”

Priyanka Chopra, who was in New Yorlk City for the launch of the Guess campaign, also opened up for a question-answer session for her fans on the social networking site. “Hey guys long time no Q n A.. I’m in NYC for the #guess launch so am on US time.. Who is up..? Let’s spread some love..”

Overwhelmed, Priyanka Chopra later signed off: ‘Ok gotta go!! Thank u for all ur love and good wishes.. U r the wind beneath my wings..’

Looks like Priyanka Chopra is all set to be the name flashing everywhere this December when her Guess campaign breaks in fashion magazines. 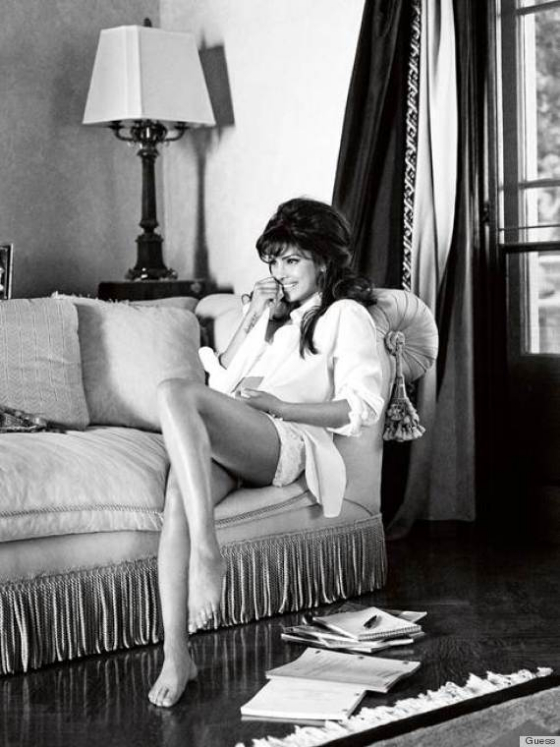