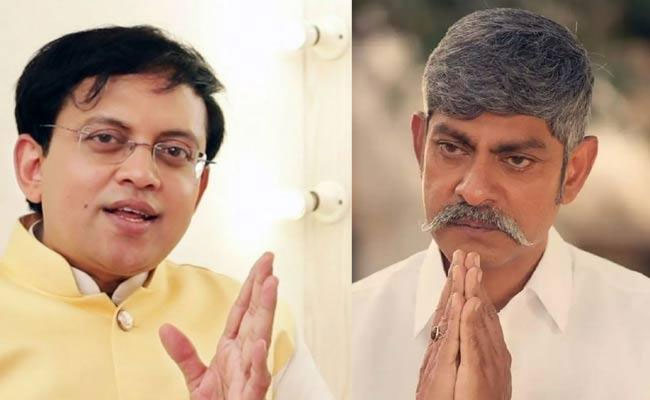 Senior Tollywood actor Jagapathi Babu has extended his support to the ‘miracle’ medicine of Ayurvedic practitioner Anandaiah and announced that he would be happy to endorse the medicine. He even claimed that he took the medicine and he is happy now.

Indian Humanist and former Executive Director of the International Humanist Babu Gogineni has now breathed fire against Jagapathi Babu and even took a dig at him for supporting the Ayurvedic medicine.

Babu Gogineni targeted Jagapathi Babu for supporting Anandaiah’s medicine and termed his actions as nothing but a business strategy. Media reports claimed that Jagapathi Babu is all set to enter the Ayurvedic store business. Sharing a news article, which says the actor is foraying into the Ayurvedic store business, Gogineni said this is the reason behind supporting the medicine.

In a social media fire, Gogineeni took a potshot on Jagapathi Babu. Mr. Actor, it is a good business tactic to heap praise on the medicine without announcing that you are starting a new store, he said in a tweet. He called the actor Naughty.

Now all the eyes are on the actor on how he will respond to the allegations of Babu Gogineni, who claimed that the star is venturing into the Ayurvedic store business.

Babu Gogineni has been critical of Anandaiah’s medicine since the beginning. Earlier, he called those who supported the medicine idiots by questioning how come the oxygen levels will increase by taking the eye drops.