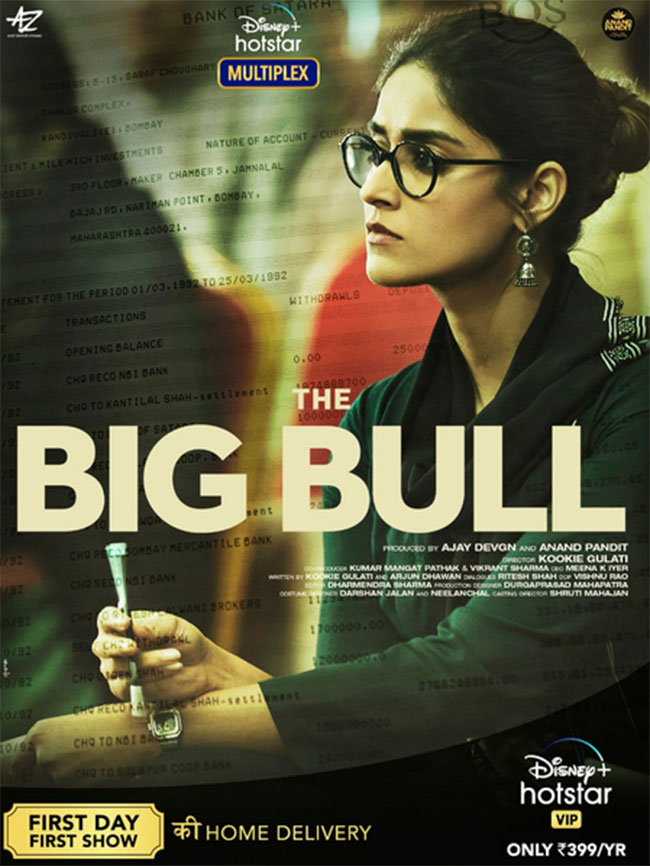 These days in Bollywood, almost all the small films have released on Amazon Prime recently. The sudden shutdown has left the producers of the film just with one option and that is- sell it to OTT!

Now after few big films getting linedup for OTT release, it is said that another big film ‘The Big Bull’ starring Abhishek Bachchan and Ileana DCruz produced by Ajay Devgn. The reason is OTT giant Disney Hotstar is desperately trying to buy out the film and have its digital release by offering huge price to makers. Ajay said yes to the proposal already to recover the investment.

The first look poster of Ileana is dashing and she seems like a corporate spy in this crime drama. The actress has shared her look on her Instagram page and revealed her excitement to star in a big film like this!

The movie was supposed to release in Summer itself but with crisis and Theaters shutdown the movie had no chance but to seal the deal with OTT giant!

‘The Big Bull’ stars Soham Shah, Ram Kapoor and Samir Soni among others. The film is directed by Kookie Gulati.