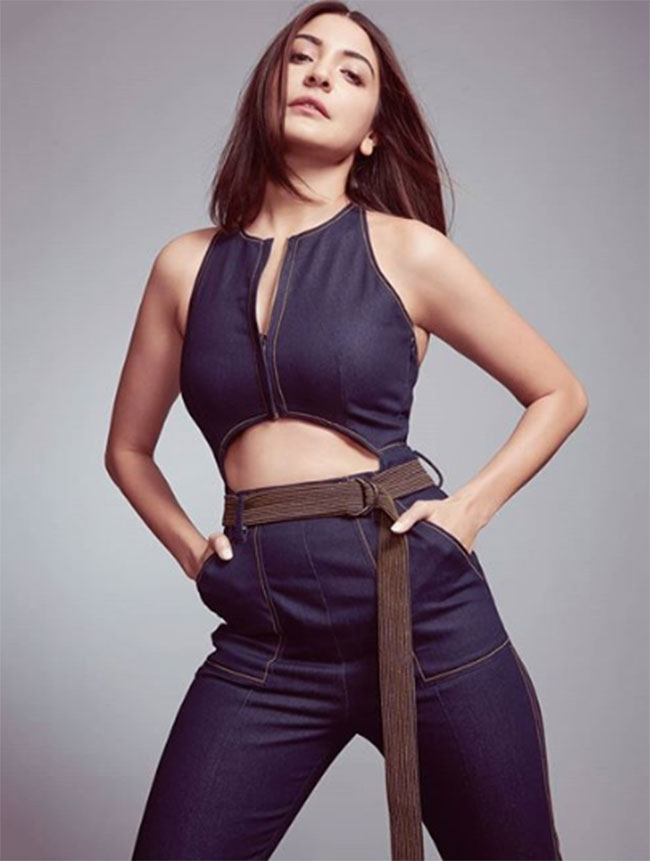 The Bollywood actress Anushka Sharma is basking in the success of her Web Series ‘Paatal Lok’ and ‘Bubbul’ on Web space.

It is evident that she along with her Brother Karnesh Sharma have produced two films namely ‘NH10’ and ‘Phillauri’ under their banner Clean Slate Filmz. Now the above web series are also a part of this production house as Anushka became more conscious as a producer after her Zero debacle.

Now the actress throw back pic is going viral online from a photo shoot.In the pic, the actress was seen wearing dark blue denims and has revealed her curves and looked stunning.

Earlier she made headlines when she has shared that she got just 21 days of her husband Virat Kohli’s time in the while first six months of marriage. We as couple used to squeeze the time for a meal together said the actress in an interview recently.She added that she never expected that she would spend these many days together with Virat with the sudden unending crisis that put a lockdown on all major business activities.