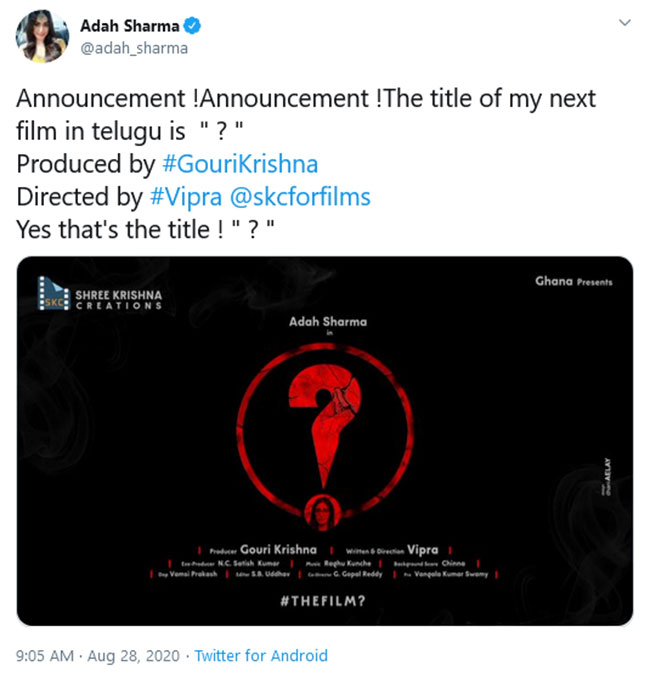 Having debuted to Telugu Film Industry with a critically acclaimed performance in the 2014 romantic action film Heart Attack, Adah Sharma has stunned everyone with her strong acting skills and sultry looks. However, she is not seen in Telugu cinema. But after a long break, the 28-year-old actress has announced a Telugu movie again.

The actress on Friday unveiled the poster of the film that is touted to be a thriller. Titled as ‘?’, it has made Adah’s fans all the more excited. The film is said to be women-centric with Adah playing the female lead.

“Announcement! Announcement ! The title of my next film in Telugu is “?” Produced by #GouriKrishna Directed by #Vipra @skcforfilms. Yes, that’s the title! “?” “tweeted Adah.

Leading music director Raghu Kunche is composing the music while Gouri Krishna is producing the film under the name Sri Krishna Creations. The makers of the film recently announced the cast members during the launch. Actors like Sanjay, Bhanu Sri, Abhay, and Hari Teja are going to play key roles in the film.

The plot of this movie is very interesting and Adah is sure that the movie will leave everyone on the edge of their seats.