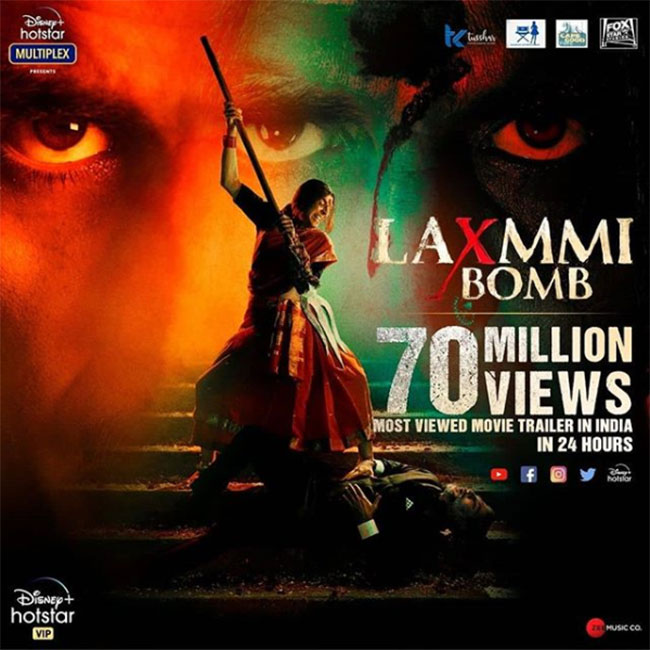 Akshay Kumar’s most awaited film “Laxmmi Bomb” trailer was released yesterday and has been receiving much love. Now, the trailer from the horror-comedy film became the most viewed trailer.

The trailer garnered 37.2 million views from YouTube alone, bringing the total to 70 million views, including other social media platforms. This is a record in the Indian cinema.

The audience is eagerly waiting for this movie as the Bell Bottom star will be seen as transgender. Directed by Lawrence, the film has Kiara Advani as the female lead.

Several celebrities took to social media to praise the film. The film is set for a theatrical release on November 9 in several countries, including a direct streaming release on Disney Plus Hot Star in India.