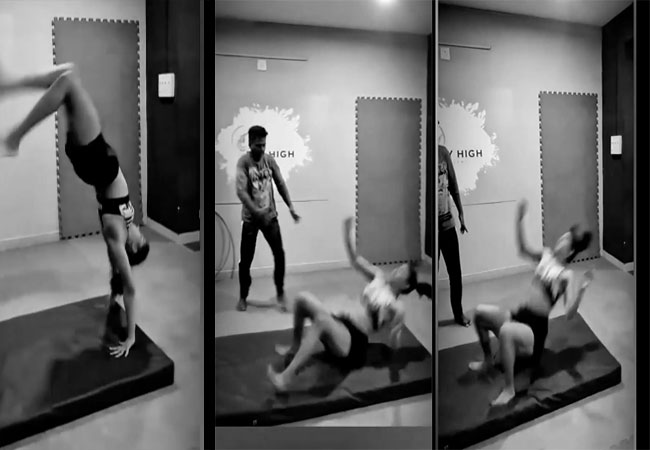 Actress Samyuktha Hegde is proving that she different from her contemporaries. The actress has recently released her gymnastics video on Instagram and commented the video saying the reaction of the trainer as gold.

The actress even finished an adventurous photo shoot recently.The pictures looked elegant revealing her figure and fitness. The love for her fitness and adventure are just icing on the cake for this glam-beauty and this is the way she is using her guts! Not to forget the brawl that took place over her dress while she wanted to take a walk in the park in Bangalore.

It has to be remembered that Samyuktha who debuted with ‘Kirik Party’ is famous for her participation in the Adventurous Glamour Realty Show Roadies and Splits Villa.

Now Samyuktha is busy shooting for couple of films in Kannada and Tamil. It is to be noted that she even appeared in the Telugu remake of Kirik Party alongside Nikhil Siddhartha and in Manmadhudu 2 with Nagarjuna.