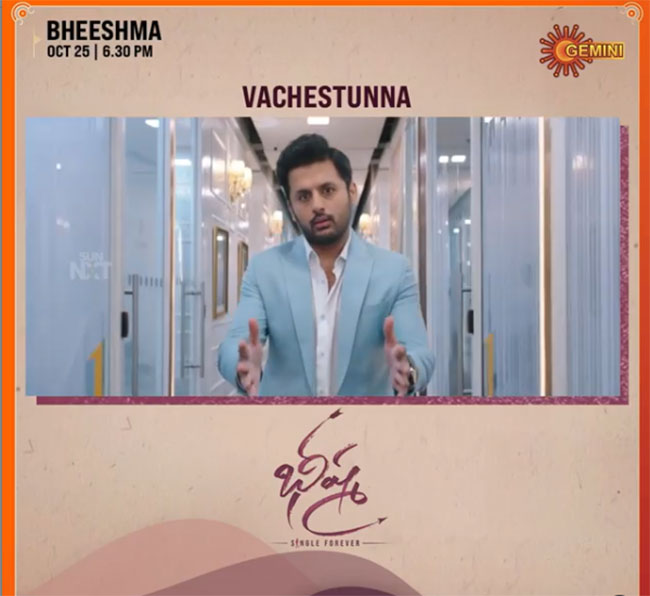 The recent and last hit of Tollywood this year ‘Bheeshma’ gets the TV premiere date from a popular TV channel. It is all set to telecast on TV on 25th this month as a Dasara gift to the viewers.

‘Bheeshma’ starred Nithiin and Rashmika in the lead. Being a thorough entertainer, the film shared non-stop laughter for the audience in Theaters and emerged a Box Office winner with good openings. The film also gave a much needed relief to actor Nithiin’s film career that’s been sinking with frequent duds in the recent times.

‘Bheeshma’ bagged good views on Sun NXT and Netflix.The rural fans would now enjoy it with family as a festival gathering! Let’s see how many TRP records the film would bag!