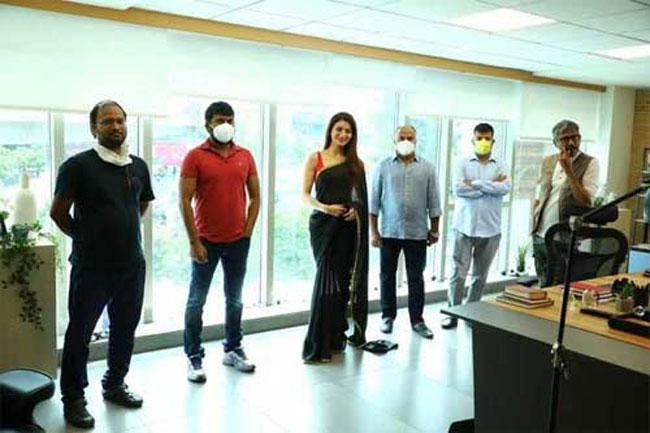 It is evident that director Sampath Nandi has scripted the film and handed over to his associate Mohan Bharadwaj to direct this film which introduces Bollywood bombshell Urvashi Rautela, who attained fame with her special songs in Bollywood in ‘Hate Story’ franchise.

Urvashi is slowly picking her pace and getting the much needed attention in Tollywood too. With the latest film, it remains to be seen how many films she would sign for at least item songs in Tollywood! Hope she becomes the new age Mumaith Khan of Tollywood.