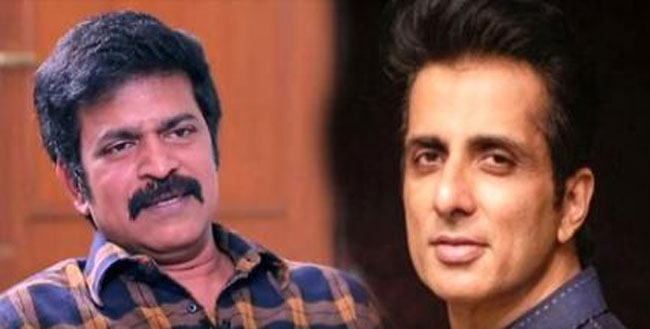 Actor Sonu Sood who is known for his anti-hero roles in Tollywood turned out to be a hero in real life with all his social service during this lockdown period. Sonu Sood helped migrant labour to get back to their hometowns and provided food and other resources many people in dire need of help. He and his team are answering every concern of people who called or tweeted him.

Of course, there are a few people who take this opportunity and request funny and strange things from him. One such request from his fellow actor is going viral.

He is none other than our character artist Brahmaji. He tagged Sonu Sood in his recent tweet and asked him to take to Croatia as he is struck in Hyderabad for months. This tweet is currently going viral and we need to see how Sonu Sood responds to it. Brahmaji and Sonu Sood’s combination in ‘Ek Niranjan’ is quite famous and evokes a lot of fun among the viewers.