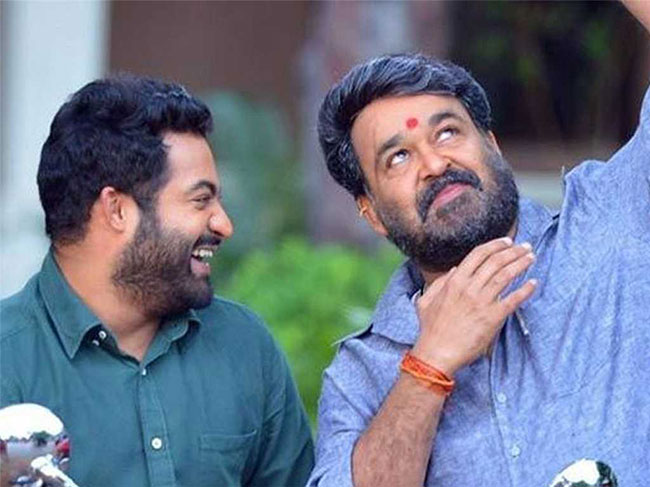 Trivikram is busy in writing and pre-production works of Jr NTR film which is slated to go on floors when ‘RRR’ shoot gets done and that is most probably by early start of next year said the latest News sources.

The movie team has reportedly registered an interesting Title ‘Ayinanu Poyi Ravale Hasthinaku’ and is said to be a political entertainer. Sources even say that this film is loosely based on Chiranjeevi’s yester year hit ‘Manthrigari Viyyankudu’. NTR fans are already celebrating the news and eagerly waiting for the film.

Now the latest news making rounds in Tollywood is, Director Trivikram is considering Malayalam star actor Mohan Lal for an important role of a Politician. Guruji is busy writing good lines for this star. It is evident that NTR-Mohan Lal were seen together in the film ‘Janatha Garage that became a huge hit then.

Guruji has even plans of casting Jhanvi Kapoor and Pooja Hegde in this political pot boiler. It is evident that Trivikram has impressed all with ‘Aravinda Sametha’ without having his trade mark comic and punch dialogues! The Tollywood believes that Trivikram is pushing his boundaries and thus wants this film with Jr NTR as a Pan Indian film.