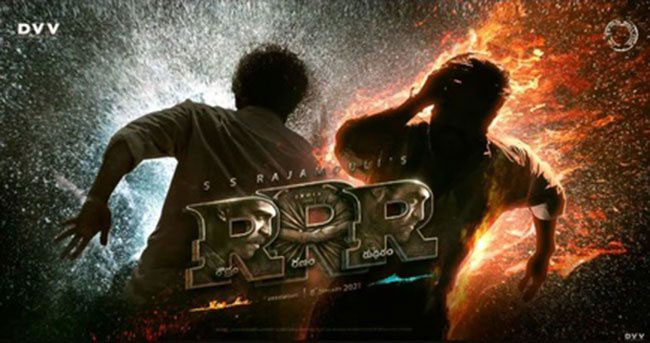 ‘RRR’ is one of the biggest films to be made in this country. Starring Ram Charan and NTR in the lead, this film is directed by India’s ace director SS Rajamouli. It is produced by DVV Danayya and the budget is estimated to be over 400 crores. Set in the backdrop of the pre-Independence era, ‘RRR’ is a fictional story based on the real-life heroes ‘Allu Seetharamaraju’ and ‘Komaram Bheem’.

It is one of the highly anticipated movies in India and if everything would have gone as per the plan, ‘RRR’ would have completed its shooting by now and the post-production work could have been in full flow. But the Corona outbreak demolished their plans. It destroyed the entire film industry’s financial status. The market and the economics turned upside down and no one knows about the fate of biggies like ‘RRR’.

The rights have already been sold but since those high rates cannot be obtained now, the distributors and financiers are putting the pressure on the film’s producer now. This is making the producer ask Rajamouli to control the budget or demanded the heroes and the director to become partners in the production so that the burden can be shared. Let us wait and see what happens now.