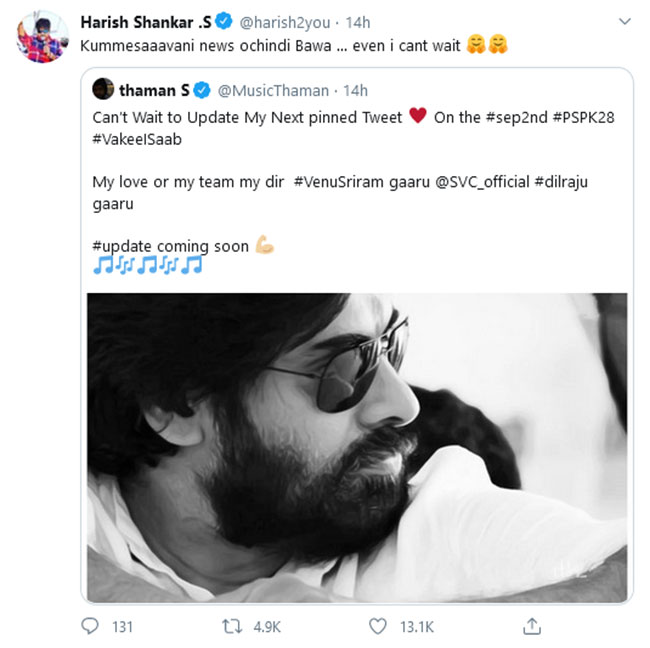 Tollywood is now habituated with the endless crisis While all other stars are taking a break and enjoying family time, Music Director SS Thaman is working hard to make the ends meet to show a musical glimpse of his upcoming film #pspk28.

The Director Harish Shankar has tweeted saying that he has heard fab reviews about the music composed by SS Thaman and said that he can’t wait. May be SS Thaman is planning a big surprise for the birthday of powerstar Pawan Kalyan tomorrow.

The recent film of SS Thaman ‘Ala Vaikunta Puram Lo’ has got great applause for its world class Music and Back Ground Score. It has in a way lifted the expectations and as well enriched the Theater experience for the movie lovers.

The Music lovers and fans of SS Thaman-Pawan Kalyan are hoping big from Thaman’s stable. They wonder what kind of magic he gets to this power star film!