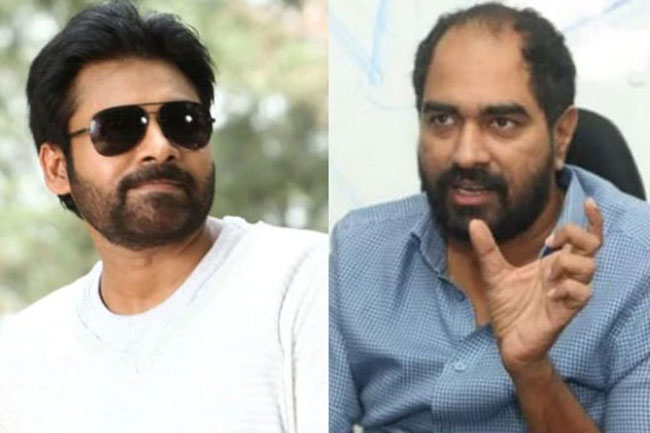 Post his comeback, Pawan Kalyan decided to team up with talented director Krish Jagarlamudi for an epic big-budget film that will be released in multiple languages. A lot of big names were attached to this project and fans were very excited to witness their hero in such a huge film.

But sources say that this project is completely shelved now. The reason being Krish starting a small film with Vaisshnav Tej and Rakul recently. While people say that it is a small film with a limited budget that will be completed rapidly, insiders say that there is much more to it. As per reports, Pawan is not showing enough interest in this film as it demands a lot of time and effort. Also, he will be busy for the next six months and Harish Shankar’s project is said to be his first priority after ‘Vakeel Saab’.

Since he is aiming big for the next elections, he wants to make as many films as he can in the limited time. But Krish’s project needs a lot of time and patience which why he shelved it as per sources. While there is no official confirmation regarding Krish-Pawan film as of now, fans are hoping it doesn’t get shelved.