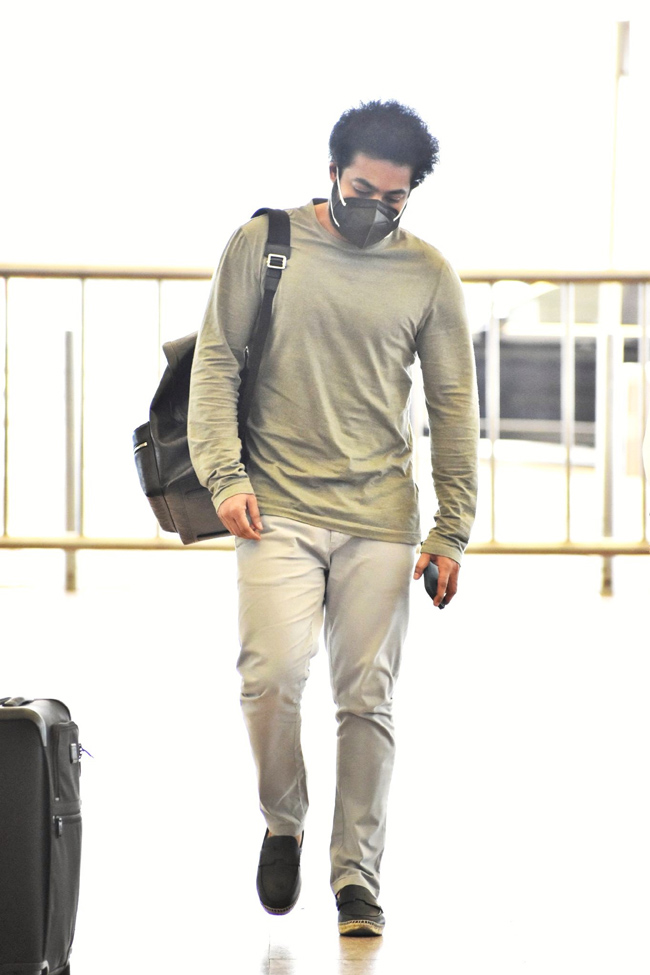 It was earlier reported that Jr NTR was taking a short break from Rajamouli’s RRR shooting as he was on a vacation in Dubai with his family. Now, Janatha Garage actor was captured with the camera eye at Hyderabad airport and it is speculated that he is back from his Dubai vacation.

In the photos, the 37-year-old actor was seen in a cool causal outfit and he was seen wearing a face mask. He maintained his stylish aura with the combination of green T-shirt and cream-coloured chinos.

The shoot of the magnum opus RRR (Roudram Ranam Rudhiram) has resumed after a long pause earlier in October in Hyderabad. RRR will be a fictional story set in the 1920s colonial era and will be based on the lives of two freedom fighters – Alluri Sitarama Raju and Komaram Bheem.

RRR was planned to be released in ten Indian languages in 2021. However, the release date can only be confirmed after the shoot is completed.