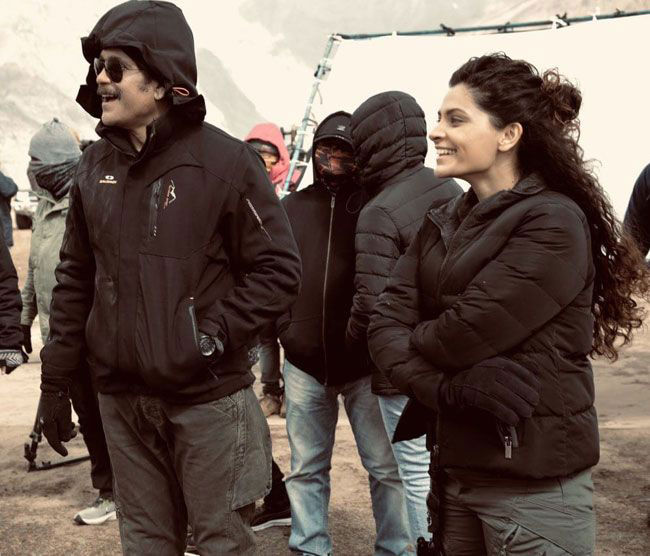 King Nagarjuna’s ‘Wild Dog’ which based on some true events is being directed by Ahishor Solomen. Nag will be seen as an encounter specialist Vijay Varma. After the lockdown, the makers restarted the shooting and went to the Manali region for a 21-day schedule. They shot under difficult circumstances as the temperatures were below zero degrees. With this schedule, Nag wrapped up his part of shooting for this action thriller and the Tollywood’s ‘Manmadhudu’ shared it on Twitter.

He wrote, “Heading home after wrapping up my work for #WildDog!! Feeling said as I say goodbye to my talented team and the Himalayas!! #manali.” He shared the pictures of himself with his crew members and fellow actions. Siyami Kher is playing an important role in this film and ‘Big Boss’ fame Ali Reza can also be seen in these clicks. Matinee Entertainments is producing this film and the posters of ‘Wild Dog’ which released till now have attracted the audience. The post-production work will start soon and the film will be releasing early next year.