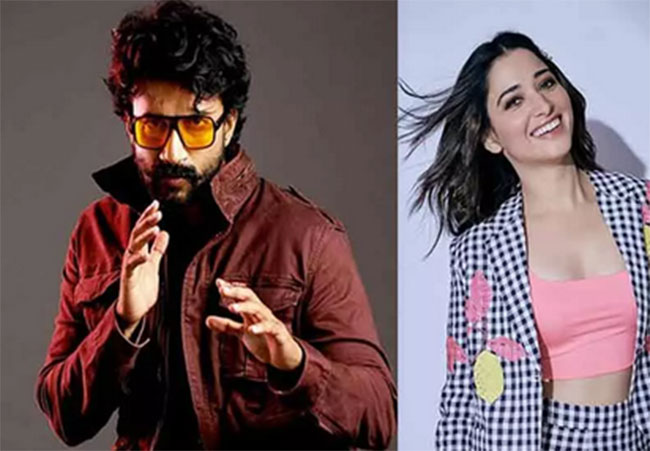 It is well-known that talented actor Satya Dev and star heroine Tamanna Bhatia have been paired up in the Telugu remake of Kannada super hit film ‘Love Mocktail’. Satya Dev is riding high on the success of his last outing ‘Uma Maheshwara Ugraroopasya’ and there are a lot of expectations on this remake.

The film has been titled ‘Gurthunda Seethakalam’ and it is a romantic drama with touching emotions and ample entertainment. Selecting Tamanna as the lead was a big asset and the makers decided to make the film even bigger by bringing another crazy heroine into this project.

Mesmerizing beauty Megha Akash who impressed everyone with her looks in films like ‘LIE’ and ‘Chal Mohan Ranga’ came on board for this ‘Love Mocktail’ remake. Kannada girl Kavya Shetty is also a part of this film. With an abundance of beauty in the film, ‘Gurthuda Seethakalam’ is garnering decent buzz and hope it impresses the audience.