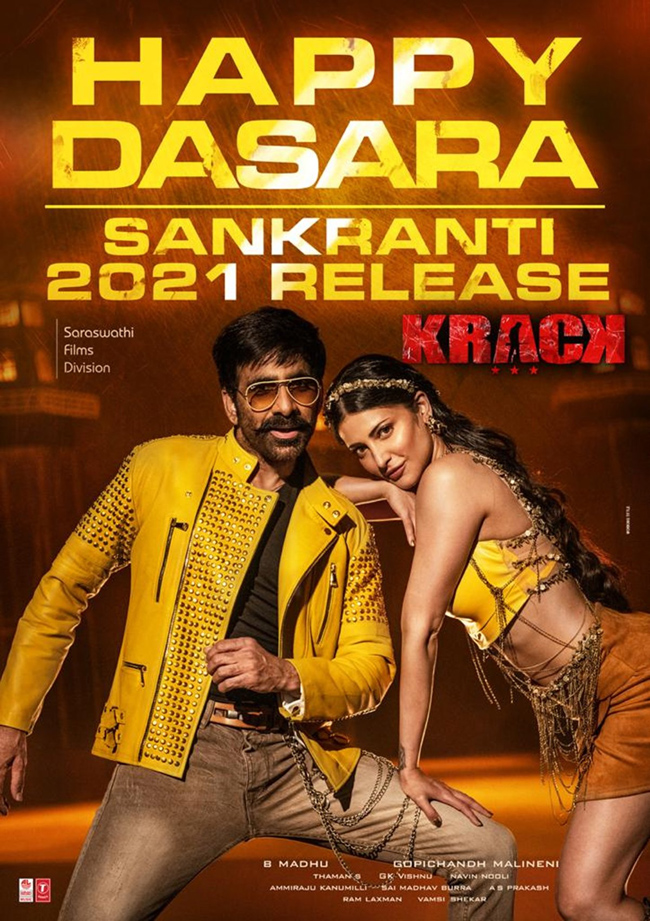 Mass Maharaja Ravi Teja’s upcoming film “Krack”, which was scheduled for summer 2020 release, got postponed due to the pandemic. And now, the makers have an announced a release date for the film. Krack will be hitting the big screens for Sankranthi 2021.

The makers decided to keep the film in Sankranthi race expecting a blockbuster talk from the audience. Team Krack has released an official poster of the film revealing the happy news of release date.

This is the third film under the combination of director Gopichand Malineni and Ravi Teja. SS Thaman is composing the music while B Madhu is producing the movie under the banner Saraswathi Films Division. JK Vishnu is the cinematographer.