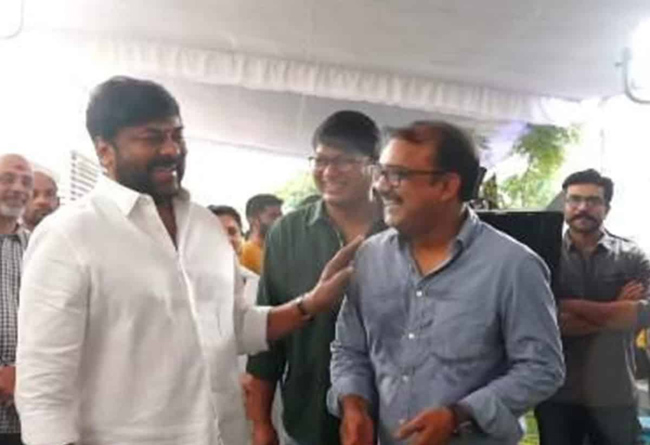 The Megastar of Tollywood is now working in the film ‘Aacharya’ in the direction of Koratala Siva. The film is going through turbulent days and the makers are greatly worried about its slow progress.

Now the pandemic has shattered the plans of Koratala Siva way more than anything else! In the 30% filmed portions the director is said to have filmed 3 action sequences and an item song with actress Regina. Director is worried about filming with Ram Charan and Chiranjeevi as the crisis seems to never end!

On the other side it is said that Chiranjeevi is feeling little miffed with Siva for controlling all the aspects of the film both production business and direction and with this new age director experience, Chiranjeevi may not work with new age directors and go under their control. It is this reason that Megastar has lined up V V Vinayak and Meher Ramesh for his next projects so that he would enjoy his comforts and be the deciding factor like he is as always!

‘Aacharya’ stars Ram Charan in a pivotal role and Kajal Aggarwal as the leading lady. The movie is directed by Koratala Siva and is produced by Ram Charan’s Konidela Productions and Matinee Entertainments Pvt. Ltd.