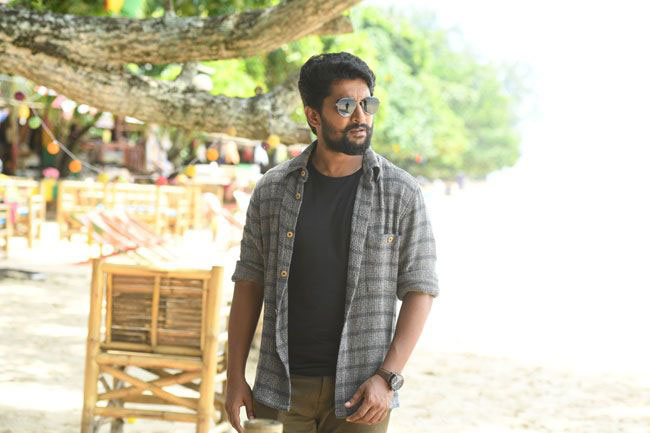 Natural star Nani is one of the very few actors in Tollywood who made a name for himself despite having no family background. He is considered as a top star among the tier 2 heroes and he opens up about it in an interview and shares his thoughts.

The ‘V’ star claims that he wouldn’t trade what he has now for anything that star kids have. He says that he is happy because of being a self-made star. Talking about the differences, Nani said that there is a really fine divide between star kids and outsiders which is acceptable. He adds that he was welcomed by stars like Rana and NTR in the initial stages of his career which gave him a lot of confidence. He is 25th film ‘V’ is getting released on Amazon Prime on September 5th.