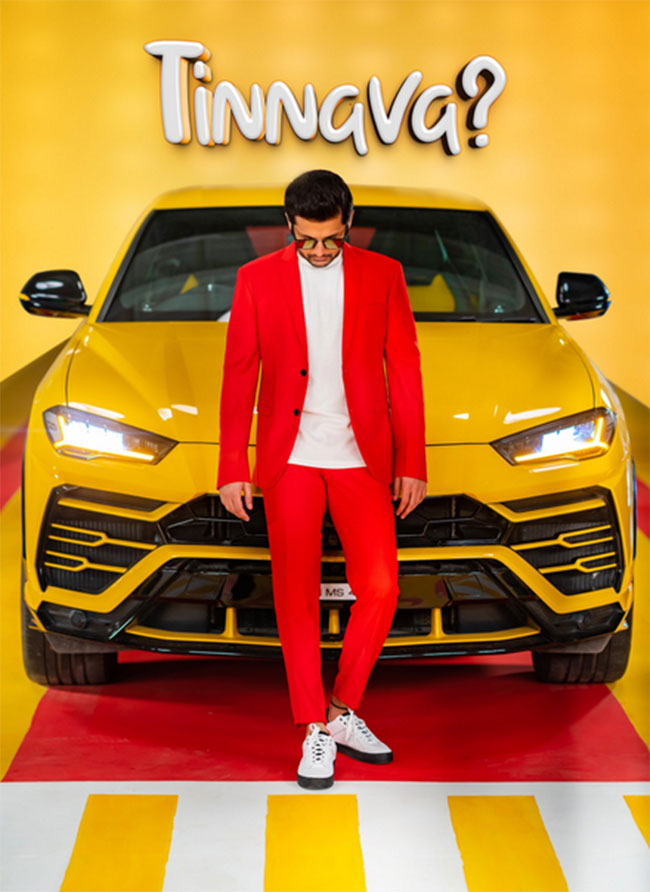 It is known that Tollywood actor Nitiin is endorsing several brands after a long time. Pictures from his recent photo shoot for a soft drink advertisement have been circulating on the internet.

Now, the young actor has left his fans in imagination by sharing a picture on his social media. He recently did an advertisement shoot for a popular brand and has shared a picture from it.

He captioned the picture, “Thinnava?”

In the picture, we can see the actor dressed in a white tee, red suit and red pants. He wore white shoes for the ad shoot. In the background, we can also see a yellow stylish car. We’ve to wait to know what the ad is about.

On the work front, Nithiin will next be seen in ‘Rang De’ alongside Keerthy Suresh. The film is directed by Venky Atluri and bankrolled by Sithara Entertainments.