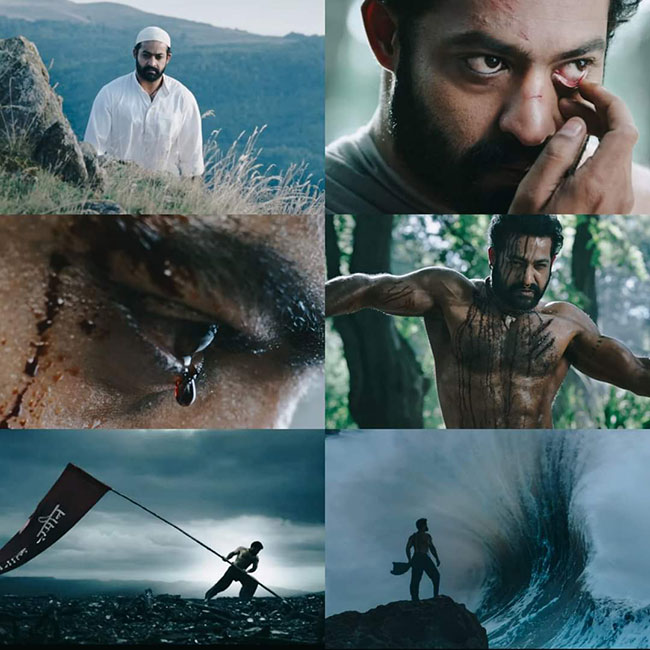 SS Rajamolui surprised the fans with another mind-boggling video. The makers of much-awaited film RRR has Jr. NTR’s character introduction video on the occasion of Komaram Bheem’s birth anniversary.

As promised by SS Rajamouli, the teaser of Ramaraju for Bheem released at 11.30 am. Ram Charan took to Twitter to share the Telugu version and he called it a befitting return gift to his dear brother Jr NTR.

The video featured Jr NTR in never before look. Rajamouli’s stunning visuals and Ram Charan’s powerful voiceover made fans fell in love with the teaser.

NTR fans who have been waiting for this teaser from a very long time has got a perfect gift from the RRR team, making them wait for a worth one.

As we know, the online records will be broken this day, the young tiger’s fans have also started the offline celebrations by erecting banners of “Ramaraju for Bheem.” Undoubtedly, Rajamouli has given a delightful treat to the actor’s fans.