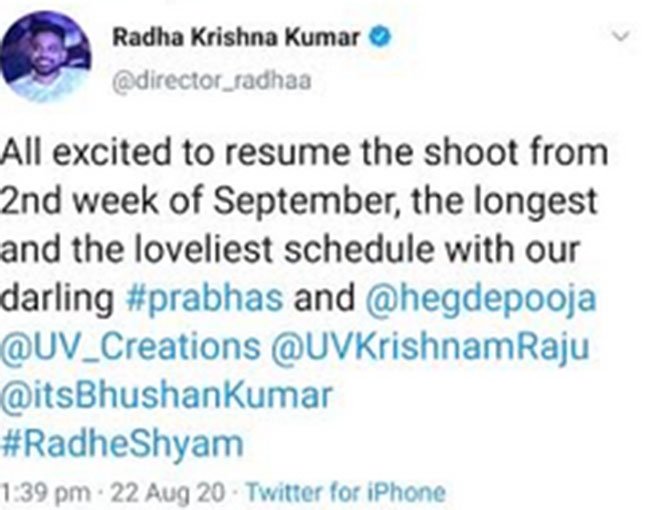 Earlier, we have reported that the shooting of Prabhas’ upcoming film ‘Radhe Shyam’ will be restarting from September. Now, the movie’s director Radha Krishna Kumar official confirmed this.

He took to Twitter and announced that he is all excited to resume the shoot from 2nd week of September. He said that it is going to be the longest and loveliest schedule that involves the main lead actors Prabhas and Pooja Hegde. The shooting is expected to happen in specially erected sets and the whole crew is pumped up to get back on the sets.

The first look poster of ‘Radhe Shyam’ got a good response among the viewers. This is a romantic drama set in the backdrop of Europe. UV Creations, Gopikrishna Movies along with T-Series are jointly producing this movie which will be hitting the screens next year during summer. It will be releasing in Telugu, Tamil, Malayalam, Kannada and Hindi.